Alessandro Albanese is pleased to present Burners, a solo exhibition by Toby Christian. This large-scale installation includes a series of new stone carvings made by the artist during the inaugural Matera Residency, 2019. Alluding to provisional, untraceable and disposable mobile phone devices, the title of the exhibition echoes the dual senses of innovation and redundancy which pervade the exhibition. Toby Christian’s multifaceted practice incorporates a wide range of media including writing, installation, sculpture, painting and animation. Using text within an expanded sculptural field, he writes in an attempt to describe objects he sees, visits and collects – from rare museological artefacts to more quotidian, disposable items. Sculptural and wall-mounted works are produced episodically, made in relation to and stemming from his ongoing writing. Constellating around his detailed written descriptions are palimpsestrecords of objects and bodies, plans and models for made-up places, contorting typographical characters and prototyped forms for living and working. The small-scale marble sculptures of Burners speculate on the formal lineage of computer mice. Conserving, imagining and remodelling forms, these sculptures equivocally and simultaneously draw from the formal languages of modernist sculpture and contemporary technological hardware, with numerous anachronistic effects and surreal allusions to other objects. Whilst their varying ergonomic registers might suggest the advancing accommodation of a labouring hand through time, they also imply a less plausible string of images, where a hammer might lead to a diamond, or knight’s armour to a dough ball. Shown within the display apparatus of polling booths dating from political elections of the 1960s onwards, the pristine, porous marble sculptures are housed in collapsible compartments which lend privacy to each encounter. The booths ar covered in a patina of grease, graphite and graffiti. Inside, clusters of hesitant pencil marks, made prior to voting, surround occasional exclamations and messages for future voters. Outside, the booths display
more disparate endorsements, where the commanding stamps of royal insignia and industrial makers marks appear alongside smiling cats and floating monsters. 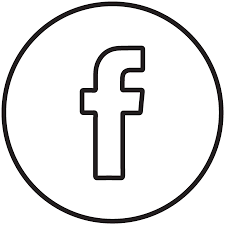